If you remember the Hand Drill technique for building fires, this the Two Man Hand Drill technique is a modified version of that. The steps are quite similar but it’s much easier compared to the latter since, in this version, we have two people working side by side which distributes the work making it easier to create the fire.

If we recall of the biggest glaring issue we had with the Hand Drill method, it would be the difficulty to maintain that level of friction through speed and pressure to make the ember that will start our fire. Here, however, one person will apply the downward pressure while the other will use a cord sort of along the lines of a shoelace to rotate the spindle. Some of the initial requirements and steps will be taken away from the Hand Drill method. 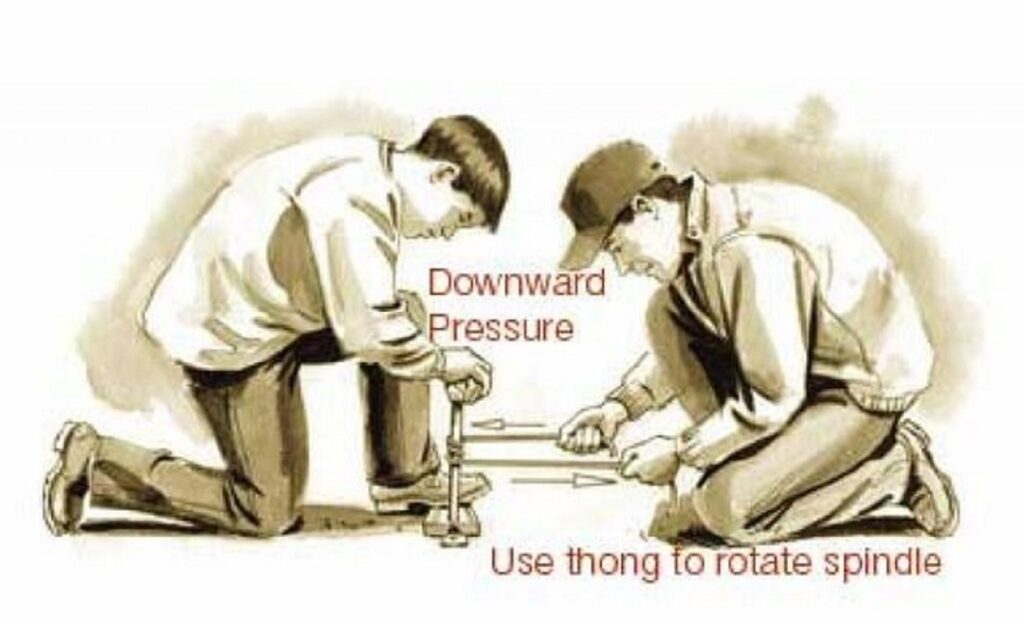 You and your partner will now have fire, congratulations!